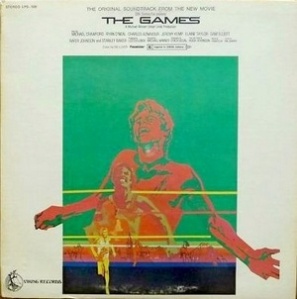 Francis Lai, imho one of the giants of mellow, who has brought us soundtracks such as »Un homme et une femme« (1966), also scored a 1970 film about four marathon runners. The soundtrack seems to be pretty rare, having fetched more than 160 dollars in one auction and presently being without an entry at Discogs. The sound is very typical mellow around-1970 orchestral OST stuff, reminding me of the »The Adventurers« soundtrack of the same year and its arrangements by Eumir Deodato (mainly based on compositions by Antônio Carlos Jobim but also on his own ones). Among the styles included are also some mod-like tracks such as »Student’s Hop« as well as classical sounds. 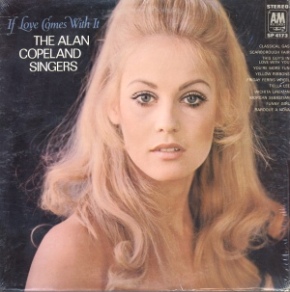 Now this is what I call a solid Easy Pop album. Well-crafted arrangements and vocals. Alan Copeland’s productions have been issued under varying names: »The Alan Copeland Singers« or »The Alan Copeland Conspiracy«. The album includes slow and soft songs as well as catchier ones.

Been waiting for this one!

A jazz pianist, and one of the great German bandleaders and Easy Listening artists. He also produced some excellent MPS albums. 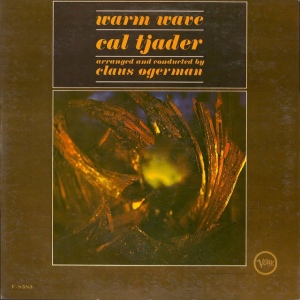 Cal Tjader may be seem to be the main person here, but the German Claus Ogerman (originally Klaus Ogermann) contributed equally to the album with his arrangements – as in fact was the case with many other albums that he played a crucial role in and that bear his name only on the backside (Tom Jobim, Frank Sinatra, George Benson). It’s one of Ogerman’s early albums, after he immigrated 1959 into the USA and started his remarkable career as an arranger. Look here for a flaming review of the album.

February 1, 2014 the city of westminster string band Leave a comment 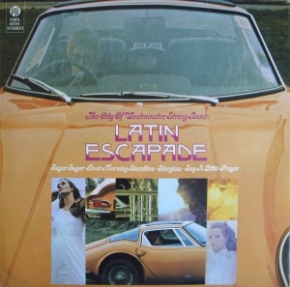 Upon request, I reupped this album which was originally provided by East Listening World. Another album produced by John Schroeder, although arranged by Lew Warburton.

Music blogs are important. They keep rare music alive, build a community around those wonderful, forgotten disks. They introduce this music to a wider audience, make it accessible to those who can’t get a hand on the few, often pricy LPs. Seeing some really good blogs go was a pain and partially the motivation to open up my own blog. Music blogs are important. Equally so are the small record labels, that reissue countless albums that would have been otherwise forgotten by the market. If it weren’t for them, we wouldn’t have heard many albums, since they produce first reissues after many decades (Mindbender, Inner Space), sometimes they issue a soundtrack for the first time (Dirty Harry). If we want to keep it that way, we have to appreciate their work by buying their products as well. To sum this up, I want to celebrate with you music blog culture, as well as introduce you to the most important labels concerning my own music genre, those easy sounds. Easy Listening, Lounge, Jazz-Pop, Instrumental Pop, whichever of those closely related terms you want to use.

Apollo Sound
Some really nice example of a library music label actually putting their catalog on CDs for everyone to buy. Budapest Radio Orchestra, Polish Radio Orchestra ring a bell?

Beatedelic
Not a label, but sort of a collecting tank of really rare library records, mostly German.

Beat Records
THE Italian reissue label. They have tons of Italian soundtracks. Has a nice familial touch to it.

Dutton Vocalion
UK-based label. Among other lost genres such as »Light music« they have library music compilations and other rare Easy Listening albums – only on CD, though.

Easy Tempo
I dunno whether this label actually has a web store, but it has supplied many Italian easy listening albums.

él Records
Dunno how to describe this best, just take a look – heh.

Intrada
They brought us many Mancini first-time publications, among other things.

Ishtar.it
They have a small, but interesting »Easy Series« worth checking out.

Promising Music
The heirs of the MPS catalogue, around 50 reissues. Still many to go!

Movie Grooves
A UK classic, closed down about two years ago, but now rebuilt by another guy running this great site.

Screen Archives Entertainment
Huge institution to me, ministry-like, they are that important. They do a great job at reissuing soundtracks.

Trunk Records
Founded by Johnny Trunk, one of the most colourful figures in vinyl culture that I know. The website is full of British humour. If I’m not mistaken, he actually rediscovered Basil Kirchin and his music. Thank you.

Votary
Australian. Reissued Sven Libaek’s legendary Inner Space album. They have dug up many treasures from down under.

Winchester Hospital Radio
Charity label, issuing really good UK library music compilation CDs. Unfortunately, most of them are out of print. You may find some of them used on Amazon or Ebay, though.

If you would like to share your own favourite sources for things easy, write them in the comments (at the top left of the article). 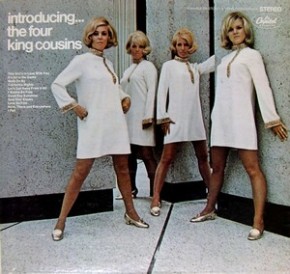 Some nice and mellow Easy Pop, although it disappoints at the end for thorough listening. For a similar, but more inspired album I can only recommend the great Meet Triste Janero (1969), even available on CD and LP for little money (get it!). Still, I reckon it’s a sought-after album for some, so here you go. 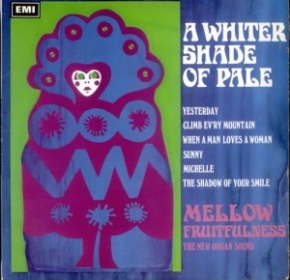 Dreamy organ pieces. Many tracks have a nice dark and brooding feel to them, like many organ thriller jazz pieces from around 1970. 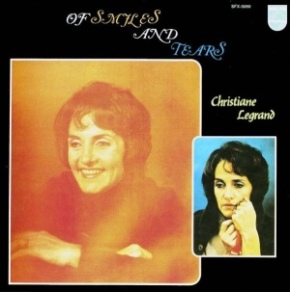 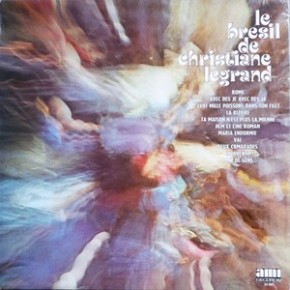 Now for an obscure and wonderful album. I can’t give you any definitive details about the original LPs. According to the scarce information available on the internet, the album was issued by Philips in 1971 as Of Smiles And Tears, then again by AMI Records in 1972 as Le Brésil de Christiane Legrand. The album got reissued in 2001 by Universal Music Japan, named after the Philips version. Brazilian standards, sung by the great Christiane Legrand and backed by lush radio orchestra sounds. Wholeheartedly recommended.

Some more info on the tracks:
http://jazzstation-oblogdearnaldodesouteiros.blogspot.com/2011/11/cd-of-day-christiane-legrand-of-smiles.html 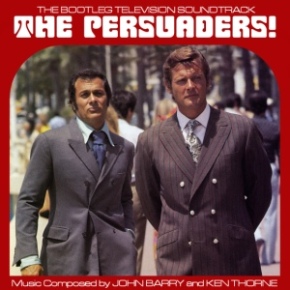 The Persuaders – one of the greatest TV series of the Seventies, which got cancelled after its first season. It shared thus a fate with other great, and far too short TV series such as Police Squad!. At the same time, the tapes for The Persuaders have been lost – otherwise there surely would have been a reissue by now, most probably by the ‘Network’ label, which has issued soundtracks for other ITC productions. A couple of tracks from the OST have actually survived, and made their way onto a Network compilation titled ‘The Music of ITC’. Unfortunately, it’s highly doubtful whether we will ever have the pleasure of the full OST to The Persuaders. Thankfully, there has been somebody who assembled a bootleg soundtrack directly from the TV series. If I knew the author, I would name him here. This compilation doesn’t seem to be around in the Blogosphere anymore, so I put it up here.

The beat goes on